A Message from Rick Zeitlin

Thank you for visiting this “TRUTH”  website and for your interest in an all too common situation; where a person like me need to  defend my personal and professional reputation. I must strive to fight a coordinated government effort to shutter my business and take away my right to earn a living and to support my family.

In the years before the development of soundboard technology and the efficiencies, accuracies and professionalism soundboard offers to the client, caller and the respondent, I owned a telemarketing company that employed around 300 agents in several different states and markets. My reputation was outstanding, my clients were happy and my business was growing despite continuous efforts by the government to regulate me and my competitors into the unemployment line. Industry operations were commonly called “boiler rooms” (among other derogatory names) and people who worked there and owners like me were ridiculed and castigated by the media and some in the public alike. 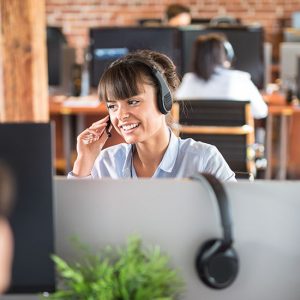 To this day it strikes me as odd that an industry that has over the years hired hundreds of thousands of people (perhaps millions), many of whom had trouble holding down more traditional day jobs, would become such a punching bag for government and the media, and the well-funded, government grant and taxpayer funded self-proclaimed consumer advocacy groups which, themselves routinely pan-handle the consumer for money through environmentally wasteful direct mail.

Admittedly of course, that over the years, there have been “bad apples” in the telemarketing basket, (as there have been in every industry) and owners who have not always held themselves to the highest standards. I freely admit as well that state and federal regulators have had every right and reason to enforce sound and equitable laws to reign in those that violate the law. At times, it seems they have done that without overstepping or intruding on the many legitimate call centers including my own.

Enter the era of soundboard technology and the advent of what is easily the single most important and efficient way for the industry to “clean up its act”. Soundboard is a simple though highly advanced carefully planned use of recorded messages and responses that allow an agent to engage the consumer and play back an appropriate response and NEVER again make a mistake, utter an insult, pressure a donor or deceive a consumer (as had all too often in the past been the allegation against some call centers). The result? Consumer complaints reach historic lows while non-profit organizations generate greater amounts of money with vastly increased client and consumer satisfaction, as compared to the “bad old days” of the much maligned so-called “boiler rooms”.

Seems like a great solution for all, right? But that’s not the way the regulators see it since their very existence and taxpayer funded budgets seem to hinge on slapping down the “evil telemarketers”, driving the few remaining agents into unemployment while squelching the ability of small non-profits and charitable organizations to raise funds legitimately and at low cost to fulfill their missions. Instead of applauding and embracing highly professional and self-regulating soundboard technology, the Federal Trade Commission (FTC) chose the path of most destruction by branding soundboard calls as “robocalls”, and, in the process, giving the telemarketing industry a mere 6-month window to cease and desist or either develop new technologies that don’t use soundboard or revert to the old and much maligned “boiler plate” system regulators tried so hard to stamp out in the past. (It should be noted that just 7 years ago, the FTC gave soundboard technology its blessing).

I worked for Rick for many years and can not believe what is happening to him. I would like to express that there was never any calls that I made getting donations for many foundations that were not up and up and legal. It was a pleasure working for Rick and he employed many people that otherwise would not have had a job. He gave people a chance and treated everyone with respect and kindness. I would love to work for him again and anyone that thinks this man who worked hard to accomplish everything he has was doing wrong or breaking the law is out of their mind. 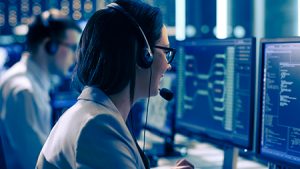 Common sense begs the question:  ‘Are there any other examples of the federal government attempting to ban technology that actually makes things better, more accurate, more accountable and more professional?’ Can anyone actually see Dell computers being given just 6 months to develop a computer that doesn’t use any electricity or hard drives, or General Motors being given 180 days to design and produce a car that doesn’t require an assembly line? Or, perhaps more appropriately, making GM revert to using old bias ply tires instead of much safer steel belted radials.

Common sense seems to be an uncommon quality among those at the FTC and their allies in the self-identified consumer advocacy community, which is why my industry peers and my employees and I are where we are: marginalized, harassed, threatened with extinction, unemployment and legal and perhaps criminal liability for perfecting a technology that solved every single legitimate complaint that plagued the industry and consuming public in the past.

Thank you again for your interest in these important personal and professional issues and the challenges I am facing. I hope you will share my story with your friends and family and check back often for updates as I fight for my rights, my family and my business.