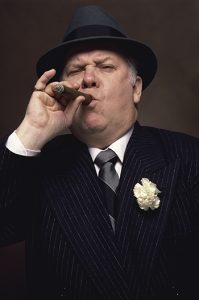 In Summer of 2017, two of Zeitlin’s companies received Civil Investigative Demands (“CIDs”) from the Federal Trade Commission (“FTC”), big government’s attack dog of choice when seeking to silence protected speech, harass telemarketers, and hurt numerous organizations that rely on professional fundraisers to achieve their the non-profit goals. These CIDs demanded voluminous records relating to the internal operations of Rick’s companies as well as information pertaining to his clients. Over the next many months, at great expense, Zeitlin and his legal advisors arduously worked to produce the extensive records and documentation the FTC demanded. Even after producing reams of “paper” and electronic information, the FTC remained unsatisfied and the investigation remains open. After being abused by the FTC and their weaponized CIDs with no end in sight, Zeitlin sued the FTC in federal court. (More on Rick’s lawsuit against the FTC below).

Although Rick Zeitlin has not violated any law, nor been accused of any violations, he has paid a steep personal and financial price for what is obviously a coordinated assault on his family and his businesses. On August 8, 2018, Zeitlin discovered that nine of his personal and business accounts with Bank of America (“BOA”) were frozen with no prior warning or stated reason. BOA consistently refused to release Rick’s funds or give Zeitlin any explanation concerning this freeze or timetable for its resolution. Instead and predictably, given the bank’s historical arrogance and shoddy customer service, BOA corporate representatives were extremely unprofessional and abusive in communications with Rick and his legal team.

As a result of BOA’s intransigence, Rick was forced to sue Bank of America to obtain relief, requesting that a court unfreeze his assets and reward him monetary damages. While BOA has since released funds from all but one of Rick’s accounts, the bank has yet to specify the legal basis for their initial actions. Since then, one of Rick’s merchant processing companies froze over $100,000 of his company funds for several months, an action that seems directly tied to federal government coordination with friends in the news media who are intent on doing the government’s bidding and aiding their weak case against Rick.

While Bank of America’s arrogant and highly impersonal actions against Rick, a 24-year customer, are offensive by themselves, even the briefest review of on-line articles and commentary makes it clear that such behavior is “business as usual” for BOA, with hundreds of other hardworking Americans falling victim to these same damaging practices that serve no purpose other than wrecking lives, families and small businesses that depend on ready access to their own hard earned funds.

Three of many other startling examples of BOA’s offensive and unethical seizures are available here: FOX DETROIT, KCTV5, and the Miami Herald…