What made Rick’s approach so successful and valuable to his clients is the innovative development and perfection of soundboard technology which promotes rewarding and respectful consumer experiences with call centers through the use of sophisticated real-time recorded messages that produce flawless results for the client, call center agent and the consumer. 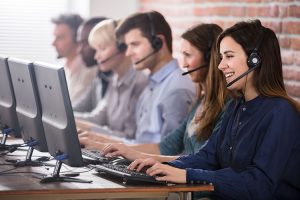 Soundboard allows for error free accuracy in the conduct of telephone conversations between call center agents and the consumer, giving both parties an unmatched level of quality control and accountability, yet the Federal Trade Commission has chosen to lump soundboard into the same category as “robocalling” despite the fact that soundboard employs a call center live agent to interact with consumers on each and every call, quite unlike the process of robocalling. In November 2016, the FTC struck a blow against soundboard by misinterpreting the Telemarketing Sales Rule (TSR) and waiving the Commission’s usual notice and administrative law challenge procedures in order to hasten their ability to enforce their rule and punish soundboard users.

(The Soundboard Association’s appeal of this rule was narrowly defeated by a 2-1 margin in the U.S. Court of Appeals for the D.C. Circuit, demonstrating that at least one thoughtful and well-respected federal judge understands the stark differences between spam robocalls and well-regulated and well managed soundboard technology). 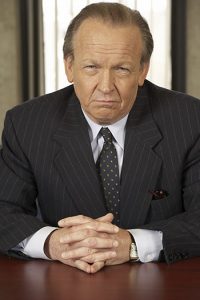 In light of the FTC’s assault on successful users of soundboard technology, it is clear that Rick’s entrepreneurial spirit, his remarkable soundboard innovations and the level of success and client satisfaction that he has achieved, has made him a target of the Federal Trade Commission in collusion with Bank of America and perhaps others. There should be no doubt that Rick Zeitlin is being victimized by the government of the United States for his success in business and innovation, rather than for any illegal or unethical actions on the part of himself, his employees or his companies.

After being harassed and abused by the FTC with no end in sight, Rick sued the FTC in federal court, alleging numerous violations of the First Amendment to the United States Constitution, the Administrative Procedures Act, and other provisions of our laws. Although time-consuming and expensive, Rick is committed to overturning the FTC’s ridiculous, administrative ban on Sound Board technology, not only for himself, his companies, and his employees, but for the many clients that previously relied on him to raise money for their causes. Here, Rick is a “torchbearer” for all Americans who value free speech and fear that an ever-bloated government has moved dangerously outside the lines of legitimate and effective enforcement of our laws, into the unseemly realm of attacking people and businesses they just don’t like. Today it’s Rick Zeitlin, successful professional fundraiser and self-made entrepreneur.
Tomorrow could it be you?

The Facts About Rick’s Case

1. Government doesn’t have a right to shutter legitimate businesses just because they don’t like them.
2. Banks don’t have the right to freeze customer’s monies without cause or explanation or without a penalty for unlawful seizure.
3. America’s success is built on encouraging small business innovation, investment and entrepreneurism, not on stifling it.
4. What is happening to Rick can happen to any other hardworking and honest American the government doesn’t like or agree with.
5. If people like Rick Zeitlin don’t fight back, defend their rights and tell their stories government wins and the American people lose.

My Clients’ “Bill of Rights”

These are the basic tenants that have defined how I conduct my work and defined my relationships with my clients. I would challenge even the most severe and opinionated critic of my career to live up to these same standards day in and day out.